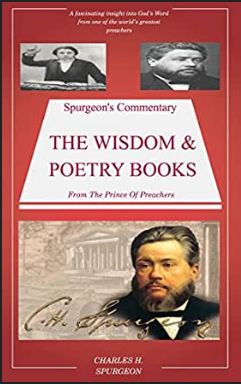 “And the Lord said unto Satan, Hast thou considered my servant Job.”—Job 1:8.

How very uncertain are all terrestrial things! How foolish would that believer be who should lay up his treasure anywhere, except in heaven! Job’s prosperity promised as much stability as anything can do beneath the moon. The man had round about him a large household of, doubtless, devoted and attached servants. He had accumulated wealth of a kind which does not suddenly depreciate in value. He had oxen, and asses, and cattle. He had not to go to markets, and fairs, and trade with his goods to procure food and clothing, for he carried on the processes of agriculture on a very large scale round about his own homestead, and probably grew within his own territory everything that his establishment required. His children were numerous enough to promise a long line of descendants. His prosperity wanted nothing for its consolidation. It had come to its flood-tide: where was the cause which could make it ebb?

Up there, beyond the clouds, where no human eye could see, there was a scene enacted which augured no good to Job’s prosperity. The spirit of evil stood face to face with the infinite Spirit of all good. An extraordinary conversation took place between these two beings. When called to account for his doings, the evil one boasted that he had gone to and fro throughout the earth, insinuating that he had met with no hindrance to his will, and found no one to oppose his freely moving and acting at his own pleasure. He had marched everywhere like a king in his own dominions, unhindered and unchallenged. When the great God reminded him that there was at least one place among men where he had no foothold, and where his power was unrecognized, namely, in the heart of Job; that there was one man who stood like an impregnable castle, garrisoned by integrity, and held with perfect loyalty as the possession of the King of Heaven; the evil one defied Jehovah to try the faithfulness of Job, told him that the patriarch’s integrity was due to his prosperity, that he served God and eschewed evil from sinister motives, because he found his conduct profitable to himself. The God of heaven took up the challenge of the evil one, and gave him permission to take away all the mercies which he affirmed to be the props of Job’s integrity, and to pull down all the outworks and buttresses and see whether the tower would not stand in its own inherent strength without them. In consequence of this, all Job’s wealth went in one black day, and not even a child was left to whisper comfort.

A second interview between the Lord and his fallen angel took place. Job was again the subject of conversation; and the Great One defied by Satan, permitted him even to touch him in his bone and in his flesh, till the prince became worse than a pauper, and he who was rich and happy was poor and wretched, filled with disease from head to foot, and fain to scrape himself with a miserable potsherd, to gain a poor relief from his pain.

Let us see in this the mutability of all terrestrial things. He hath founded it upon the floods,” is David’s description of this world; and, if it be founded on the floods, can you wonder that it changes oft? Put not your trust in anything beneath the stars: remember that “Change” is written on the fore-front of nature. Say not therefore, “My mountain standeth firm: it shall never be moved;” the glance of Jehovah’s eye can shake thy mountain into dust, the touch of his foot can make it like Sinai, to melt like wax, and to be altogether on a smoke. “Set your affection on things above, where Christ sitteth on the right hand of God,” and let your heart and your treasure be where neither moth nor rust doth corrupt, nor thieves break through and steal.” The words of Bernard may here instruct us: “That is the true and chief joy which is not conceived from the creature, but received from the Creator, which (being once possessed thereof) none can take from thee: compared with which all other pleasure is torment, all joy is grief, sweet things are bitter, all glory is baseness, and all delectable things are despicable.”

This is not, however, our subject this morning. Accept thus much as merely an introduction to our main discourse. The Lord said to Satan, “Hast thou considered my servant Job?” Let us deliberate, first, in what sense the evil spirit may be said to consider the people of God; secondly, let us notice what it is that he considers about them; and then, thirdly, let us comfort ourselves by the reflection that one who is far above Satan considers us in a higher sense.

I. First, then, IN WHAT SENSE MAY SATAN BE SAID TO CONSIDER THE PEOPLE OF GOD?

Certainly not in the usual Biblical meaning of the term “consider.” “O Lord consider my trouble.” “Consider my meditation.” “Blessed is he that considereth the poor.” Such consideration implies good-will and a careful inspection of the object of benevolence with regard to a wise distribution of favour. In that sense Satan never considers any. If he has any benevolence, it must be towards himself; but all his considerations of other creatures are of the most malevolent kind. No meteoric flash of good flits across the black midnight of his soul. Nor does he consider us as we are told to consider the works of God, that is, in order to derive instruction as to God’s wisdom and love and kindness. He does not honour God by what he sees in his works, or in his people. It is not with him, “Go to the ant; consider her ways and be wise;” but he goes to the Christian and considers his ways and becomes more foolishly God’s enemy than he was before. The consideration which Satan pays to God’s saints is upon this wise. He regards them with wonder, when he considers the difference between them and himself. A traitor, when he knows the thorough villainy and the blackness of his own heart, cannot help being astounded, when he is forced to believe another man to be faithful. The first resort of a treacherous heart is to believe that all men would be just as treacherous, and are really so at bottom. The traitor thinks that all men are traitors like himself, or would be, if it paid them better than fidelity. When Satan looks at the Christian, and finds him faithful to God and to his truth, he considers him as we should consider a phenomenon—Perhaps despising him for his folly, but yet marveling at him, and wondering how he can act thus. “I,” he seems to say, “a prince, a peer of God’s parliament, would not submit my will to Jehovah. I thought it better to reign in hell than serve in heaven: I kept not my first estate, but fell from my throne. How is it that these stand? What grace is it which keeps these? I was a vessel of gold, and yet I was broken; these are earthen vessels, but I cannot break them! I could not stand in my glory—what can be the matchless grace which upholds them in their poverty, in their obscurity, in their persecution, still faithful to the God who doth not bless and exalt them as he did me!” It may be that he also wonders at their happiness. He feels within himself a seething sea of misery. There is an unfathomable gulf of anguish within his soul, and when he looks at believers, he sees them quiet in their souls, full of peace and happiness, and often without any outward means by which they should be comforted, yet rejoicing and full of glory. He goes up and down through the world and possesses great power, and there be many myrmidons to serve him, yet he hath not the happiness of spirit possessed by yonder humble cottager, obscure, unknown, having no servants to wait upon her, but stretched upon the bed of weakness. He admires and hates the peace which reigns in the believer’s soul.

His consideration may go farther than this. Do you not think that he considers them to detect, if possible, any flaw and fault in them, by way of solace to himself? “They are not pure,” saith he—”these blood-bought ones—these elect from before the foundations of the world,—they still sin! These adopted children of God, for whom the glorious Son bowed his head and gave up the ghost!—even they offend!” How must he chuckle, with such delight as he is capable of, over the secret sins of God’s people, and if he can see anything in them inconsistent with their profession, anything which appears to be deceitful, and therein like himself, he rejoices. Each sin born in the believer’s heart, cries to him, “My father! my Father!” and he feels something like the joy of fatherhood as he sees his foul offspring. He looks at the “old man” in the Christian, and admires the tenacity with which it maintains its hold, the force and vehemence with which it struggles for the mastery, the craft and cunning with which every now and then, at set intervals, at convenient opportunities, it putteth forth all its force. He considers our sinful flesh, and makes it one of the books in which he diligently reads. One of the fairest prospects, I doubt not, which the devil’s eye ever rests upon, is the inconsistency and the impurity which he can discover in the true child of God. In this respect he had very little to consider in God’s true servant, Job. see module for more

More Works on Song of Solomon