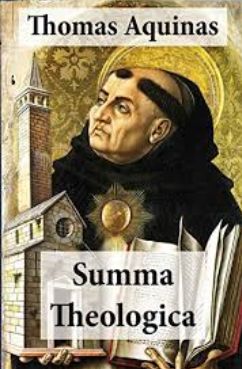 Summa Theologica is a kind of catechism, where Aquinas (Catholic) presents a topic in the form of a question, and then answers that question with several replies, considerations, and points of view.

02 Part 2
01 Man’s Last End
02 Things in Which Man’s Happiness Consists
03 What is Happiness
04 Things That are Required for Happiness
05 Attainment of Happiness
06 Voluntary and the Involuntary
07 Circumstances of Human Acts
08 Will, in Regard to What It Wills
09 That Which Moves the Will
10 Manner in Which the Will is Moved
11 Enjoyment is act of will
12 Intention

47 Cause that Provokes Anger And Remedies
48 Effects of Anger
49 Habits in General
50 Subject of Habits
51 Cause of Habits Formation of
52 Increase of Habits
53 How Habits are Corrupted or Diminished
54 Distinction of Habits
55 Virtues, as to Their Essence
56 Subject of Virtue
57 Intellectual Virtues

80 Cause of Sin- Devil
81 Cause of Sin,- Man
82 Original Sin- Its Essence
83 Subject of Original Sin
84 One Sin causes another
85 Effects of Sin,Corruption of Good of Nature
86 Stain of Sin
87 Debt of Punishment
88 Venial and Mortal Sin
89 Venial Sin

Thomas Aquinas, O.P. (pron.: /əˈkwaɪnəs/ ə-kwy-nəs; 1225 – 7 March 1274), also Thomas of Aquin or Aquino, was an Italian Dominican priest, and an immensely influential philosopher and theologian in the tradition of scholasticism, within which he is also known as the “Dumb Ox”, “Angelic Doctor”, “Doctor Communis”, and “Doctor Universalis”. “Aquinas” is the demonym of Aquino: Thomas came from one of the noblest families of the Kingdom of Naples; his parents held the titles “Count of Aquino” and “Countess of Teano.” He was the foremost classical proponent of natural theology, and the father of Thomism. His influence on Western thought is considerable, and much of modern philosophy was conceived in development or refutation of his ideas, particularly in the areas of ethics, natural law, metaphysics, and political theory.

Thomas is held in the Roman Catholic Church to be the model teacher for those studying for the priesthood, and indeed the highest expression of both natural reason and speculative theology. The study of his works, according to papal and magisterial documents, is a core of the required program of study for those seeking ordination as priests or deacons, as well as for those in religious formation and for other students of the sacred disciplines (Catholic philosophy, theology, history, liturgy, and canon law). The works for which he is best-known are the Summa theologiae and the Summa Contra Gentiles. One of the 35 Doctors of the Church, he is considered the Church’s greatest theologian and philosopher. Pope Benedict XV declared: “This (Dominican) Order … acquired new luster when the Church declared the teaching of Thomas to be her own and that Doctor, honored with the special praises of the Pontiffs, the master and patron of Catholic schools.” continue reading on wikipedia.org