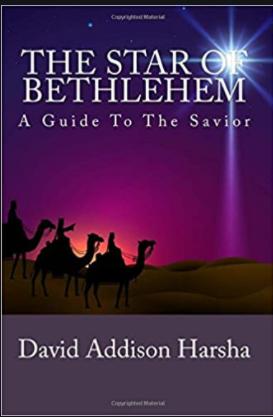 THE STAR OF BETHLEHEM, A GUIDE TO THE SAVIOR

THE SAVIOR THE BRIGHT AND MORNING STAR, THE

SUN OF RIGHTEOUSNESS, AND LIGHT OF THE WORLD

THE SAVIOR IN HIS DIVINE NATURE

THE SAVIOR IN HIS INCARNATION

THE SAVIOR IN HIS PERSONAL MINISTRY ON EARTH

THE SAVIOR IN GETHSEMANE

THE SAVIOR IN HIS CRUCIFIXION

THE SAVIOR IN HIS DEATH

THE SAVIOR IN HIS RESURRECTION

THE SAVIOR IN HIS ASCENSION

THE SAVIOR IN HIS INTERCESSION

THE SAVIOR IN HIS SECOND COMING

This module was formatted by wlue777 and the original document found at www.gracegems.org

‘The day of wrath, that dreadful day
When heaven and earth shall pass away!
What power shall be the sinner’s stay?
How shall he meet that dreadful day?
When, shriveling like a parched scroll,
The flaming heavens together roll,
And louder yet, and yet more dread,
Swells the high trump that wakes the dead?
On that day, that wrathful day,
When man to judgment wakes from clay,
Be You, O Christ! the sinner’s stay,
Though heaven and earth shall pass away.’

‘Behold, He comes with clouds; and every eye shall see Him.’
‘For we must all appear before the judgment-seat of Christ.’

‘There seems no event, the contemplation of which is more fitted to still the spirit unto seriousness, or bring it up to the high resolves of Christianity, than the coming advent of the Savior- an advent on one side of which lie all the recollections of time, and on the other side all the retributions of eternity.’ -Chalmers

THE SAVIOR IN HIS SECOND COMING.

‘Tis done: again the conquering Chief appears,
In the dread vision of dissolving years;
His vesture dipped in blood, His eyes of flame,
The Word of God His everlasting name;
Throned in mid heaven, with clouds of glory spread,
He sits in judgment on the quick and dead;
Strong to deliver; saints! your songs prepare;
Rush from your tombs to meet Him in the air.
But terrible in vengeance; sinners! bow
Your haughty heads, the grave protects not now;
He who alone in mortal conflict trod
The mighty wine-press of the wrath of God,
Shall fill the cup of trembling to His foes,
The unmingled cup of unexhausted woes;
The proud shall drink it in that dreadful day,
While earth dissolves, and Heaven is rolled away.
-Montgomery.

In His most beautiful and touching valedictory discourse to His disciples on the eve of His suffering, our blessed Savior graciously assured them, that He was going to prepare a place for them in His Father’s house, and that He would come again and receive them to Himself, that they might be always with Him, to behold His glory, and to receive that crown of righteousness which fades not away. And in the joyous day when, from Mount Olivet, He ascended to heaven in the presence of His disciples, who were looking so steadily and earnestly after Him as He entered into the bright cloud which received Him from their sight, His second coming was thus announced by two angels in white apparel, who appeared to grace the solemn and triumphant scene: ‘You men of Galilee, why do you stand gazing up into heaven? This same Jesus who is taken up from you into heaven, shall so come in like manner as you have seen Him go into heaven.’

In the plainest and most striking manner has divine revelation brought before our view the second coming of our Savior, describing it as connected with an exhibition of the greatest grandeur, power, majesty, terror, and glory. It is an event of conspicuous prominence in the sacred volume; and it demands our most careful and serious consideration. Where can we find a more sublime theme of contemplation than that which exhibits the Son of Man, the Lord of glory, descending from heaven with a shout, with the voice of the archangel, and with the trumpet call of God- revealed in flaming fire- attended with all His mighty angels- seated on the throne of His glory- calling the dead from their tombs, and changing the living- pouring a flood of vengeance on those who know not God, and who obey not the Gospel; and bestowing the unfading crown of righteousness on a multitude that no man can number, redeemed out of every kindred, and tongue, and people, and nation! It is an event, too, which deeply concerns us all- a scene which we shall witness with triumphant joy, or indescribable terror- a scene from the beholding of which we shall rise to the realms of bliss, or go down into everlasting woe.

And now, with our minds solemnized, and as expectants of that glory which shall be revealed at the revelation of Christ, let us, in the light of God’s Word, and with eager and joyous anticipation, contemplate that coming day of recompense, when the Savior shall appear in the clouds, seated on His great white throne of royal splendor- when the heavens shall pass away with a great noise- when the elements shall be dissolved- when the world shall be in flames; and when, from the face of Him that sits on the throne, both the earth and the heaven shall flee away.

THE CERTAINTY OF THE SAVIOR’S COMING. He will certainly come again. This great truth is expressly, repeatedly, and solemnly declared in the Word of God. On this point we would adduce the following Scripture testimony. ‘Our God shall come, and shall not keep silence; a fire shall devour before Him, and it shall be very tempestuous round about Him. He shall call to the heavens from above, and to the earth, that He may judge His people.’ ‘Behold, the Lord comes with ten thousand of His saints.’ He who now fills the mercy-seat above, will come to occupy the judgment-seat established in these visible heavens before an assembled universe.

The doctrine of a general resurrection of the righteous and wicked at the last day, and of a judgment, when all men must render up their final account with joy or grief, is most clearly exhibited in the Bible. ‘The hour is coming in which all who are in the graves shall hear His voice, and shall come forth; those who have done good, unto the resurrection of life; and those who have done evil, unto the resurrection of damnation.’ ‘And I saw the dead, small and great, stand before God.’ ‘And Your wrath has come, and the time of the dead, that they should be judged.’ ‘For the Son of man shall come in the glory of His Father, with His angels; and then He shall reward every man according to his works.’ ‘For God shall bring every work into judgment, with every secret thing, whether it be good, or whether it be evil.’ ‘But I say unto you, That every idle word that men shall speak, they shall give account thereof in the day of judgment.’ ‘In the day when God shall judge the secrets of men by Jesus Christ, according to my Gospel.’ ‘He comes to judge the earth: He shall judge the world with righteousness, and the people with His truth.’ ‘It is appointed unto men once to die, but after that the judgment.’

Thus is it manifest from the Scriptures, to say nothing of the argument furnished by the light of nature in support of this truth, that there will be a general judgment, when the actions of all men shall be scrutinized, and a just recompense rendered to every man according to his character and works. Then, should we not often seriously think of the second coming of Christ, and the solemnities of the day of general judgment, while, at the same time, we study to live with a wise reference to that final account which we must render to the righteous Judge of all mankind?

THE TIME OF THE SAVIOR’S COMING. The precise period of His second coming is not revealed to any creature in the universe. It is one of the secret things that belong to God. It is concealed from the holy angels, and even from the human soul of the Savior Himself; for it is expressly declared, ‘Of that day and that hour knows no man, no, not the angels who are in heaven, neither the Son, but the Father alone.’ How vain and presumptuous, then, are the attempts of man to fix the precise date of that period when the Savior shall be revealed from heaven, since the great secret is concealed in the bosom of the eternal Father! But the day of judgment is appointed by the Supreme Ruler of the universe. ‘He has appointed a day, in the which He will judge the world in righteousness, by that Man whom he has ordained.’

The coming of Christ, as we are assured by divine revelation, will be sudden and unexpected. It is compared to the flashing of lightning, so sudden and surprising will this appearance be. ‘For as the lightning comes out of the east, and shines even unto the west, so also shall the coming of the Son of Man be.’ It is, moreover, compared to the unexpected coming of a thief in the night. ‘For you yourselves know perfectly, that the day of the Lord so comes as a thief in the night. For when they shall say, Peace and safety, then sudden destruction comes upon them.’ How needful then is the divine admonition, ‘Watch, therefore; for you do not know what hour your Lord will come.’ ‘Therefore you also be ready; for in such an hour as you do not think, the Son of Man comes.’