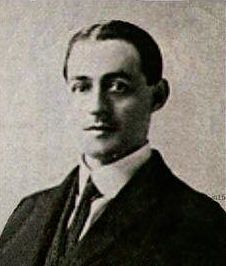 Arthur W. Pink was born in Nottingham, England, in 1886, and born again by God’s Spirit in 1908. He studied briefly at Moody Bible Institute in Chicago before his pastoral work in Colorado, California, Kentucky, and South Carolina, USA, and in Sydney, Australia. In 1934, he returned to his native England, taking his final residence on the Isle of Lewis, Scotland, in 1940, where he remained until his death in 1952.

The works of Pink (many files) are zipped into one file, These include Studies in the Scriptures 1932-1947

‘We do not idolize him. But we do recognize him as a very unique man of God who can teach us through his pen and through his life. He was truly “born to write and all the circumstances of his life, even the negative ones he did not understand, propelled him to the fulfilment of that God-ordained purpose.’– RICHARD P. BELCHER Biography of Arthur Pink

“As a young man, Pink joined the Theosophical Society and apparently rose to enough prominence within its ranks that Annie Besant, its head, offered to admit him to its leadership circle.[4] In 1908 he renounced Theosophy for evangelical Christianity… Pink very briefly studied at Moody Bible Institute in Chicago in 1910 before taking the pastorate of the Congregational church in Silverton, Colorado…By this time Pink had become acquainted with prominent dispensationalist Fundamentalists, such as Harry Ironside and Arno C. Gaebelein, and his first two books, published in 1917 and 1918, were in agreement with that theological position.[8] Yet Pink’s views were changing, and during these years he also wrote the first edition of The Sovereignty of God (1918), which argued that God did not love sinners and had deliberately created “unto damnation” those who would not accept Christ.[9] Whether because of his Calvinistic views, his nearly incredible studiousness, his weakened health, or his lack of sociability, Pink left Spartanburg in 1919 believing that God would “have me give myself to writing.”[10] But Pink then seems next to have taught the Bible—with some success—in California for a tent evangelist named Thompson while continuing his intense study of Puritan writings. “ Go to the wikipedia.org article on Pink to read more.